Elwood continues to find itself at the fore of cultural progression, maybe due to its naming after Thomas Ellwood, a British poet and religious rebel who was rather close with John Milton. This homage to the arts and poetry is delicately reverberated throughout the suburb, where you will also find Byron, Keats and Wordsworth streets.

Perhaps more so than any other suburb though, it’s so often Elwood’s reverence to design taken from or inspired by the Art Deco era that captivates spectators. Distinguished by their juxtaposition of strong angular lines with curved forms, textured renders, patterned brickwork and intricate detailing, these homes stand distinct in their environment, icons of artistry and muses of the ages.

Approaching the art of collaboration with a deliberate and calculated essence of inquiry from the very beginning of the project, each stage of Pine Ave’s conception has been given to unprecedented consideration and deliberation. Painstakingly researched, workshopped and visualised to the nth degree to ensure that these homes are the stylised, instinctual extension of effortless, modern living. To bring this vision to life – a vision of intuiting the lives that will unfold from within these walls – just as much consideration has gone into curating the perfect team to execute this vision. 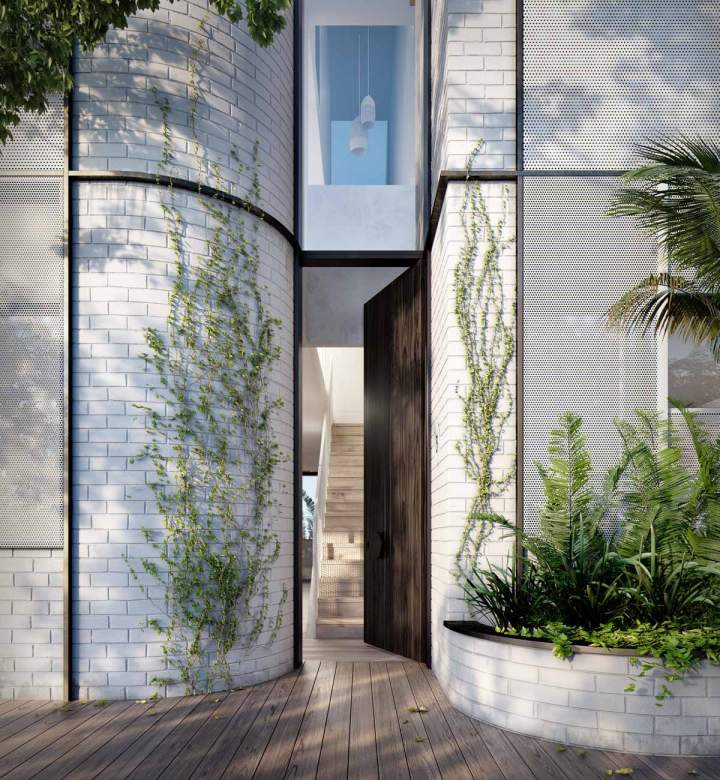