Middle Eastern-inspired pizzas are shaking things up a little in Melbourne’s Italian heartland.

The rule of three certainly applies to Joseph Abboud. With three boys under 10 and three restaurants, he currently has his hands full.

Abboud recently opened his third venue, a new outpost of The Moor’s Head (the original is in Thornbury), in Carlton. It’s a gutsy move. He’s opened a Middle Eastern pizza restaurant in what is ostensibly the city’s Italian heartland, where countless venues have serious pizza legacies. Among them is Toto’s, one of the first pizzerias in Australia, and Tiamo, which has reigned as a crowd favourite for decades. But that’s the point. In Carlton you’ll find thin crust, thick crust, Neapolitan and vegan pizzas, but Middle Eastern-inspired pies? Not until The Moor’s Head.

“The pizzas, or manoushe, are the main focus here,” Abboud says. “My favourite is the Ourn Kalthoum, which is basically the Lebanese version of a margherita pizza. It’s topped with tomato, ashawan cheese, haloumi and black chilli. The chefs tease me for ordering it so often because it’s so simple, but I can’t go past it.”

Pide are the restaurant’s boat-shaped pizzas. You can order The Bosphorus version, which combines garlic prawns, tomato and coriander, or the Golden Terrace, topped with spiced minced beef, chilli oil and sumac.

If you believe in dessert pizza, look to the sweet pies. There’s The Tilyan, which translates as “the Italian”, topped with Nutella and ice-cream. And The Yaoub, a halva and banana pizza named after Abboud’s father, who adores the combination.

If you’re pizza-overloaded by dessert time, try The Turkamisu (Turkish tiramisu), which Abboud says is one of most ordered items on the menu. It’s made with cardamom coffee, walnut liqueur and sprinkled with crushed pistachios.

The space, which used to be restaurant and bar Markov, has been revitalised with a striking mural on the back wall, festoon lighting hanging from the high, pitched ceiling, and a long white-tiled counter. Tables are watched over by vintage Arabic movie posters. 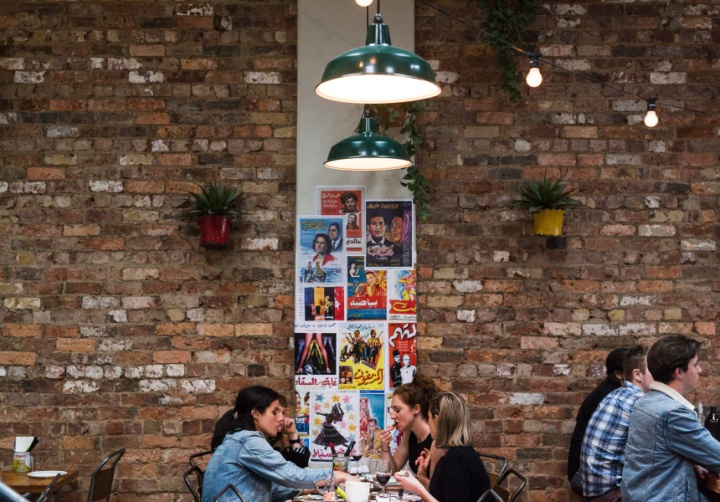