A new all-day diner opens near the quieter end of Flinders Lane.

If there’s one word that describes Archie Green, it is – aptly – green. The new restaurant is filled with hanging plants, emerald-coloured booths and a turquoise glow.

“We’ve gone out there and taken a chance with this new venture, so we wanted to take a chance on who was designing it, too,” says owner Paul Hourigan, a former co-director of Riverland Group (The Boatbuilders Yard, Riverland, Pilgrim Bar).

Canopy Fitouts, a firm that typically designs office spaces, is responsible for the interior. Run by Karl Simity, the studio recently begun to tap into the hospitality world. Like many Melbourne diners, this one features concrete floors, glossy white tiles, wood tables and industrial-style fixtures.

“He has created this brilliant space where you can come in the morning for a coffee, and by night it transforms into [something] a little more formal,” Hourigan explains. “That culture of eating out in Melbourne was what really inspired Archie Green – living and breathing all things eat and drink, checking out the newest venue, people’s appreciation of heaps of cuisines.”

The menu, by chef Gomez Braham, draws on techniques and flavours from Europe and Asia. Braham began his career in Sydney at Quay and Bank before moving to London to work under Michelin-starred chef Tom Aikens. He’s joined Archie Green after a stint at the Napier Hotel. His distinctive breakfast items include blue swimmer crab scrambled eggs, and a pea and quinoa porridge served with egg yolk. As the day progresses there are dishes such as star anise-cured swordfish with roasted tomatoes and crème fraiche, and pork belly with smoked eggplant, grapefruit and jalapenos. He plans to can seafood and make charcuterie in-house.

Stuart Quinn (formerly The Atlantic) oversees drinks; there’s a 20-odd long gin list and a collection of cocktails named for parts of the city. The Lygon Street Spritz is a Tuscan-style drink made with bitters from Adelaide Hills Distillery and sparkling from San Pietro in Mornington. The South Yarra Iced Tea has gin with cold-brewed Melba Earl Grey, vodka and a dash of smoked cola.

“We want people to feel super comfortable here, and that they don’t need to leave as soon as their meal is finished,” says Angela Hourigan, Paul’s wife. “In pursuit of that goal, Archie Green takes bookings and hosts large tables, which also makes the eatery fitting for business meetings where laptops and documents need to be spread out.” 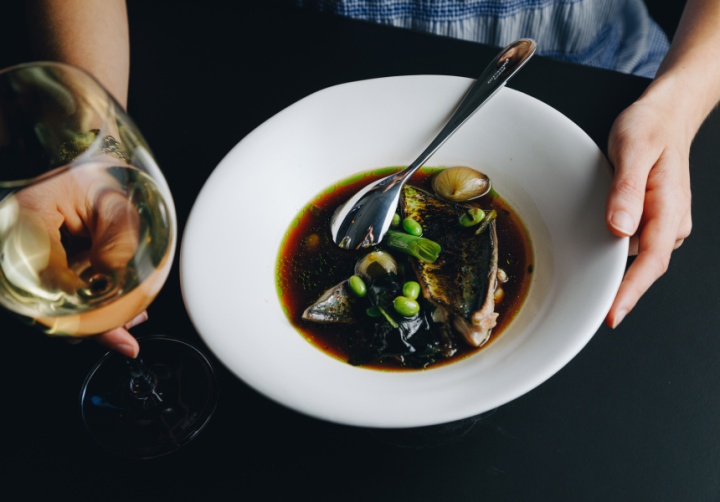