After touring nine other cities from Paris to Beijing, Marvel’s interactive exhibition has landed in Melbourne, with a pop-up New York-style diner and speakeasy bar to match.

Iron Man, Thor, the Hulk, Black Widow and Black Panther are just a few of the heroes who appear at Melbourne’s Avengers S.T.A.T.I.O.N. – an immersive experience celebrating Marvel’s ongoing legacy. The exhibition is designed for small kids and big kids alike.

Step inside the purpose-built exhibition structure, and you’re automatically addressed as “recruit”. Your mission plays out across a series of virtual reality stations and interactive games, allowing you to take on the roles of various Marvel characters. The exhibition takes about 45 minutes to an hour to get through, depending on your level of Marvel fanaticism.

“You really get to go beyond the screen,” says Welby Altidor, group chief creative officer at Cityneon Holdings, the developer of the exhibition. “You can get super close to props used in the films, play immersive games… You have this opportunity to enter the Marvel cinematic universe and see the ideas behind particular scenes.”

You can step into Bruce Banner’s lab, for example, or test your grip strength against Captain America, and participate in a Thor-inspired Bifröst Bridge simulation. One of the most interactive sections is a virtual reality Iron Mangame, which scans the player’s body, dresses them in an Iron Man suit, then sends them into battle against evil robots.

“There are a few elements that haven’t been shown before, including the Black Panther section of the exhibition,” Altidor says.

To rejuvenate at the end of your mission, pop into pop-up Midtown Diner. The menu – developed by the Atlantic Group’s Tommy Collins – was inspired by the shawarma end-credits scene at the end of The Avengers.

“The scene itself set the premise of what we’ve conceived at Midtown,” says Tommy McIntosh, creative director of Tommy Collins. “We wanted to bring a bit of the Big Apple down to Melbourne.”

The menu includes slow-cooked lamb-shoulder shawarmas, a chargrilled chicken variation, and a fried-chicken shawarma with grilled cheese and Napoli sauce. There are also jaffles filled with Monterey Jack cheese and macaroni, and spaghetti bolognaise and feta. Burgers include The Gauntlet – two all-beef patties, pickles, tomato, double cheese and secret sauce.

The two-storey diner, designed by Ewert Leaf, also features a speakeasy bar on the top level.

“We’ve really tried to bridge the films with the drinks menu, too,” McIntosh says. “We’ve created a drink based on the Soldier Serum that transforms Steve Rogers into Captain America, in the form of a salted caramel popcorn shot. There’s also the Hulk Smash, with Hulk-green-coloured tapioca at the bottom, topped with pineapple Margarita.”

Avengers S.T.A.T.I.O.N. runs for a limited time only. Tickets are $23 for children and $35 for adults. For more information head to avengersstation.com.au. 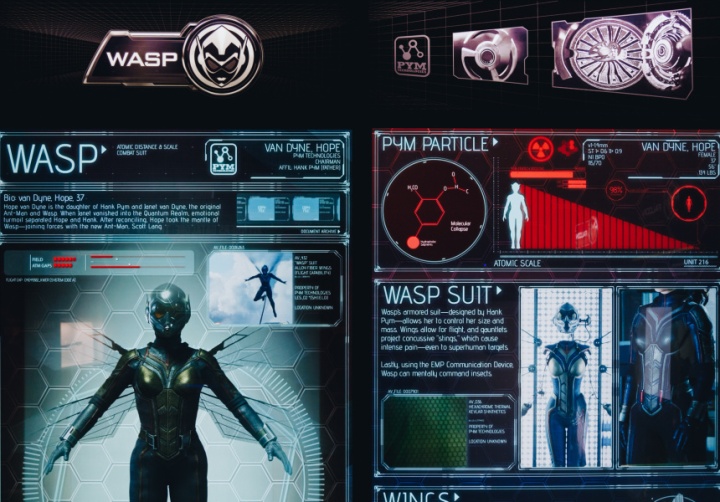 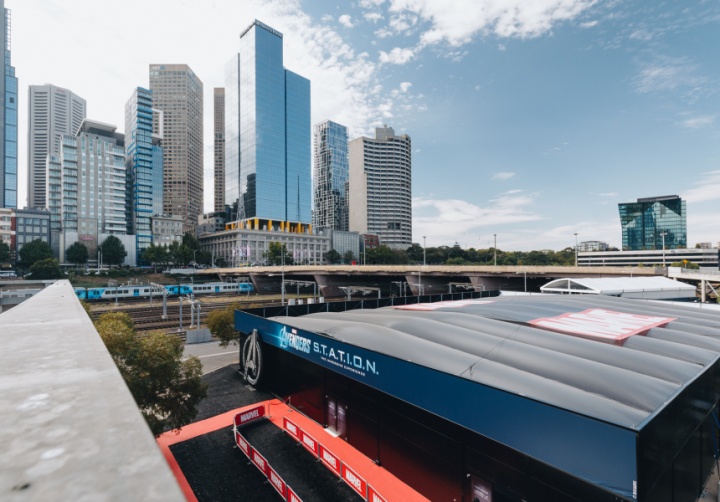 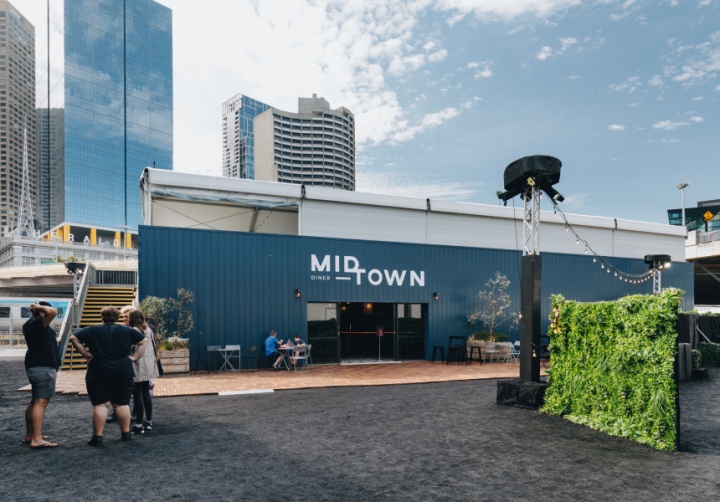