Authentic Chinese fare hidden away from the hubbub of Chapel Street.

Tucked away from the mayhem that is Chapel Street is David’s — a restaurant with seriously delectable Chinese food.

Shanghai-born David Zhou set up the restaurant, creating a menu using recipes favoured by his ancestors. The dishes are inspired by those of Zhouzhuang — a town about 85 kilometres west of Shanghai famous for its many canals.

The menu is monstrous — we’re not going to lie, it’s overwhelming. So we’ll break it down for you. It’s made up of five sections: xiao chi (small bites), zhong pan (something in the middle), da pan (bigger dishes), fan mian (rice and noodles) and tian pin (dessert).

Sharing is an integral part of Chinese cuisine, and before you freak out at having to go with other people’s options, know that it’s hard to go wrong with any of the choices at David’s. What makes the food so spectacular is its preservation of authenticity. No lemon chicken in sight here.

We suggest starting with some pork and prawn shumai (four pieces for $13), or chilli pork dumplings (four pieces for $10). Chase it up with some shredded lamb with chilli, cumin, and spring onion ($16). And if there’s one thing the Chinese do incredibly well, it’s eggplant. Try the sweet and chunky black vinegar eggplant with sliced chilli ($22).

You’ll also need some rice. Chinese eating tip: eat rice at the end of the meal to wash down the rest of the food consumed, and to rejuvenate your palate. This advice is imperative if you’re planning on having dessert.

To drink, there’s everything from spirits and wine, to premium green and jasmine lychee tea.

The restaurant is housed in a beautiful, high-ceilinged building completed with white timber and white walls. It’s tricky to guess that it’s a Chinese restaurant just from walking in, until you see the navy blue flashes from the Chinese crockery when you take a seat. 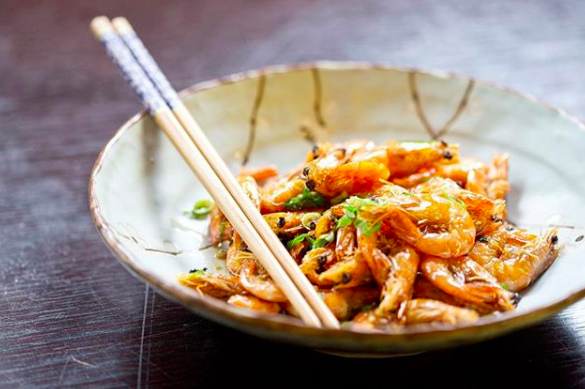 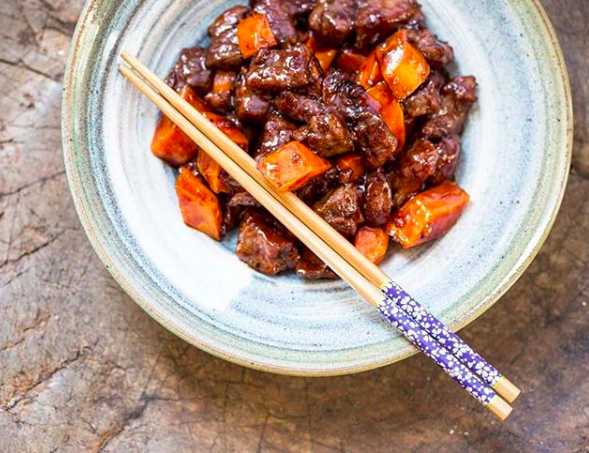