For those thirsty for great wine, the freshest of produce and stunning scenery, the drive to this regional Gippsland restaurant is well worth it.

The Mornington Peninsula and Yarra Valley have just about reached wine region superstardom, and rightly so. But Gippsland — located east of the aforementioned areas — is on its way to attaining the same title, especially if the opening of Hogget Kitchen in Warragul has anything to do with it.

Head chef and owner Trevor Perkins wants Hogget to become a “destination restaurant”, and the easy drive down the M1 (and the undulating hills that accompany it) definitely doesn’t hinder his pursuit. Neither does the setting. The modern Australian restaurant is located on the grounds of Wild Dog Winery, and the tables overlook the grand drop of the winery’s vineyards out to the Strzelecki Hills, a stunning sector of the Great Dividing Range (particularly with a glass of wine in hand). The setting is incredible to say the least and, on a beautiful day, you’ll want to spend hours there.

Like most regional restaurants in Victoria (two of which have just been crowned amongst the best in the world), Hogget sets out to showcase the best of its surrounds. Local wines proudly dominate the wine list, while seafood makes its way from Lakes Entrance and a substantial amount of vegetables come from Perkins’ mum Jennie’s (clearly thriving) garden. That’s alongside berries, veggies and herbs that are cultivated at the on-site native garden, which leads to a bush walk if you’re up for a post-meal adventure.

As you would expect from such a localised operation, the menu changes daily depending on season and weather. On our visit, luscious Lakes Entrance Balmain bugs — a slightly wider version of Morton Bay bugs — grace the menu, complemented perfectly by homemade lemon mayonnaise and a barley salad ($24). We also applaud the quality, flavour and succulence of meat used at Hogget, which is ethically farmed and butchered by Perkins’ father. Meats are used in a variety of ways, making up dishes such a potato gnocchi with lamb navarin ($24) as well as capocollo and bresaola, which are cured on-site to form charcuterie boards. However, if you like your meat fresh, try the smoked lamb — it’s cooked in a smoker Perkins built himself ($32). 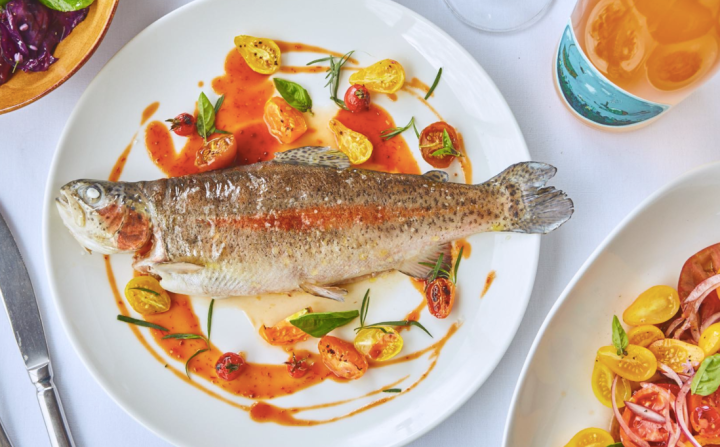 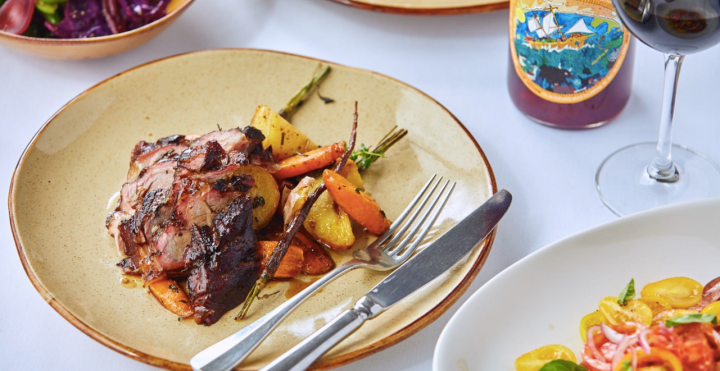 After feasting on meat, dessert can be a push, particularly if you visit for lunch. But when the baked lemon tart is on the menu, do not leave without ordering it. The princely slice is topped with lemon myrtle granita, perfectly fusing sweet, sour and a touch of bitterness. The lemon myrtle is grown in Hogget’s garden, meaning its flavour can be enjoyed in full glory instead of being compromised by travel or preservatives.

The wine list is the construct of Patrick Sullivan and William Downie’s selections; here, the two local winemakers have truly championed wines from Baw Baw and Gippsland. The Ada River Pinot Gris complements will any vegetables or meat you choose to order.

On a weekend, waitstaff are usually setting up for a wedding or birthday function. We can understand why people want to spend some of the most important days in their lives here — to indulge in comforting, home-style cooking, taken to the next level via experienced chefs and techniques, with incredible views to match. When it comes to a weekend lunch, dinner or even brunch, we couldn’t ask for much more.