After stints at Vue de Monde, Om Nom and the Ritz Hotel Paris, the pastry chef opens her own store in Windsor.

Tania earned her pastry-chef stripes at some of Melbourne’s best restaurants, including Vue de Monde and Jacques Reymond. She worked at the Ritz Hotel in Paris and Guy Savoy in Singapore before returning to Melbourne as head chef at Om Nom, a dessert-only fine diner at the Adelphi Hotel.

Now, after a role as executive pastry chef at the Langham Hotel she has opened her own store in Windsor.

Glacé is an artisanal frozen dessert store where “everything lives in a yellow submarine”, Tania says.

Behind its neon yellow facade on Peel Street is an equally yellow interior, which replicates the inside of a submarine, playfully fitted out with pressure gauges, pipes and airlock doorhandles.

“My dad is a massive Beatles head,” she explains. “He used to sing ‘Yellow Submarine’ all the time when I was a kid, and it has weirdly stuck with me,” Tania says.

But there are also a number of items that are pure Tania, such as charcoal cones, frozen s’mores on sticks, gelato cakes and ice-cream push pops. Her singular ice-cream flavours include Plaisir Sucre – milk chocolate and hazelnut ice-cream with caramelised, roasted hazelnuts – and the Ispahan, a lychee, rosewater and raspberry sorbet. There will be 20 permanent ice-cream flavours available, alongside two rotating flavours.

Tania is using a natural, low GI sugar called Trehalose as opposed to refined sugar in her ice-cream. She sources the ingredient from Japan, and it’s found in living organisms such as mushrooms.

Despite the complex recipes for which Tania is known, Glacé is about evoking the simple joys around eating dessert and cooking.

“I want to go back to the time to when the grandma, the nonna, or the yiayia was making ice-cream, when love and passion was poured into the making just as much as the ingredients,” she says. “Sometimes, getting the basics right is very, very hard. I’m out to deliver quality ice-cream and reinvent the way people interact with it in terms of serving.”

Hours
7.30am for coffee; full menu available from 10am–late 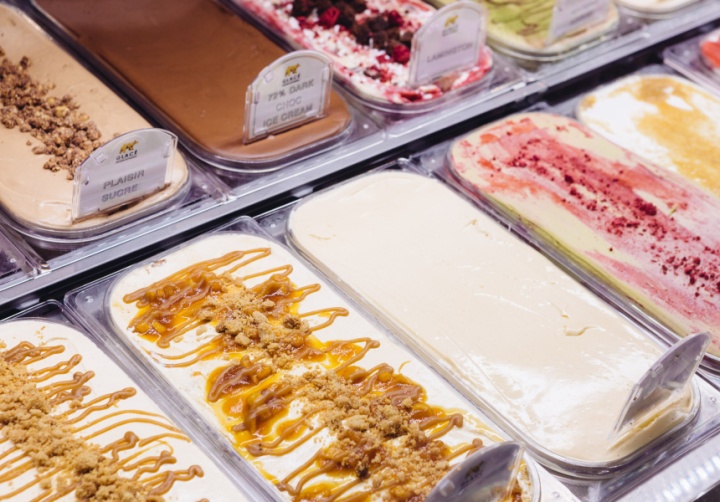 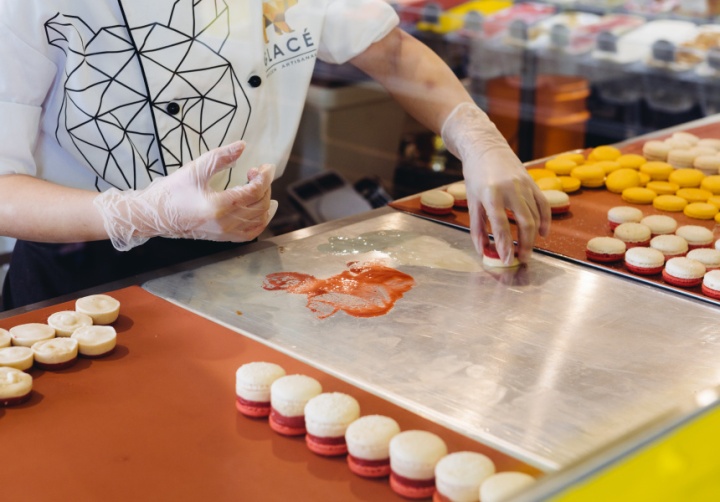