The owners of pizza restaurants Six Slices and Zero95 are serving up the sweeter side of Italian cuisine.

Gelato stores in the Manningham area are few, say Anthony Biviano and Francesco Crifo. The pair, who own pizza restaurants Six Slices and Zero95, have joined with Denise Papale (ex-Brunetti’s) to ramp up Doncaster East’s gelato-to-customer ratio with their new shop Meno Zero.

“Pizza and gelato go hand-in-hand,” says Biviano. “It only made sense to open a gelato store a few doors down from Zero95.”

Inside the candy aqua-and-pink store on Doncaster Road you’ll find 24 flavours of gelato. There are classics such as pistachio, stracciatella, hazelnut and bacio, alongside vegan mango, pear and ginger, mixed berry, and passionfruit. But there are also some more unusual options inside the glass cabinet.

“We’re serving a pizza Caprese gelato, made with tomato, mozzarella and basil,” Biviano says. You can’t miss it: there are whole ripe tomatoes partially submerged in glossy white gelato.

Then there’s the sette veli, which is made with several types of chocolate, and inspired by a traditional birthday cake from Sicily, torta sette veli.

Outside of scoops and cones there are semifreddo cakes, as well as crepes and milkshakes. You can take your goodies away, or dine in.

Meno Zero is also running an ongoing competition where customers can put forward their own fantasy gelato flavours via the shop’s Facebook page. The winning flavour will be produced and available in-store for a month, and its creator earns a gelato-making lesson at Meno Zero. 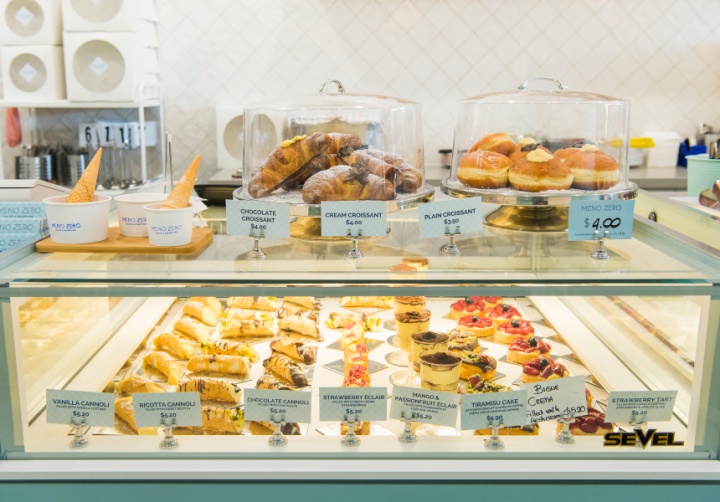 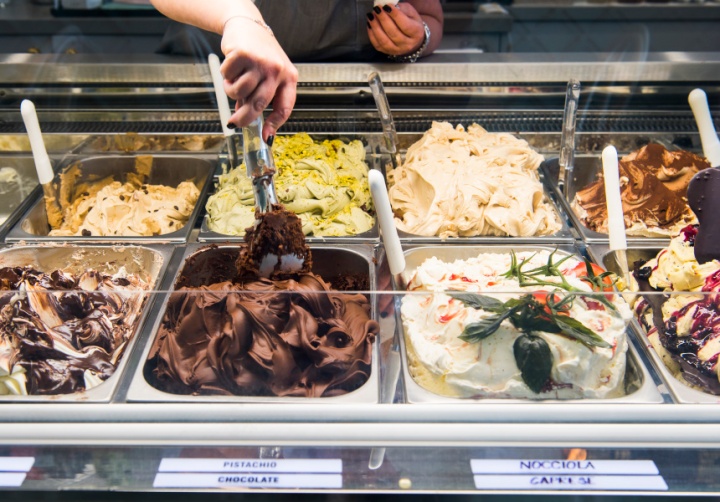