Pezzo is a bun made from 48-hour fermented pizza dough, which, when baked in an oven, swells, allowing it to be halved and stuffed with anything from meatballs to baked eggplant. Think of it as a gourmet pizza pocket. It’s the hero of Grossi’s newest eatery, Pezzo, on Flinders Lane.

“We were selling the pezzo at Ombra as a lunchtime special and noticed they were really popular,” Grossi says. “So, we thought we’d give pezzos their own shop.”

The original pocket, filled with polpette (Italian meatballs) tomato sugo and provolone, has made its way to the new diner, alongside five other options.

Grossi loves the Hawker, which is filled with porchetta, sauerkraut and mustard. The No. 5 is filled with calamari, zucchini and white sauce, and the Parma is stuffed with eggplant, tomato and basil. The latter is a reincarnation of melanzana parmigiana, which is served at Grossi’s Cellar Bar on Bourke Street. Gluten-free buns are also available.

The menu is not limited to pockets – snacks and sides include chips dusted with rosemary and garlic, and panzanella and arancini. A dessert counter near the register is filled with bombolone and cannoli. Don’t go past the frozen tiramisu, made with the Grossi family’s 20-year-old recipe.

Wines and tap beer will rotate regularly, and cocktails include a pink grapefruit spritz and a gin and tonic.

“Pezzo was designed to emulate a ’60s Italian feel,” Grossi says of the space. It’s La Dolce Vita combined with “a modern edge”.

Zwei Interiors Architecture has overseen the glossy fit-out, which revolves around an impressive blue Italian resin floor with swirls that mimic the ocean. 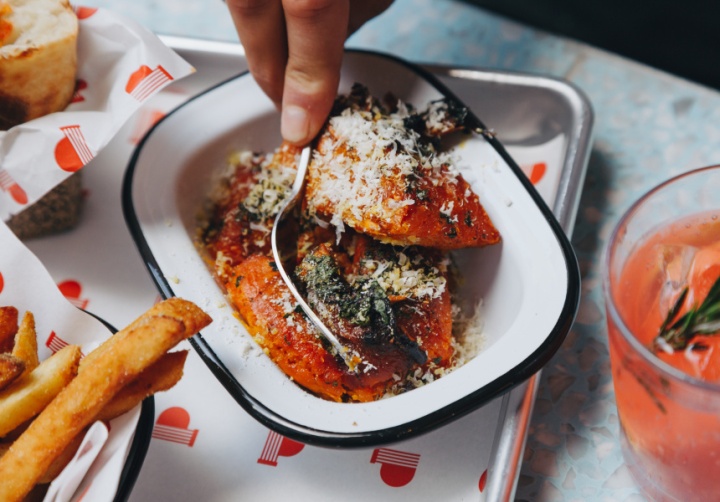 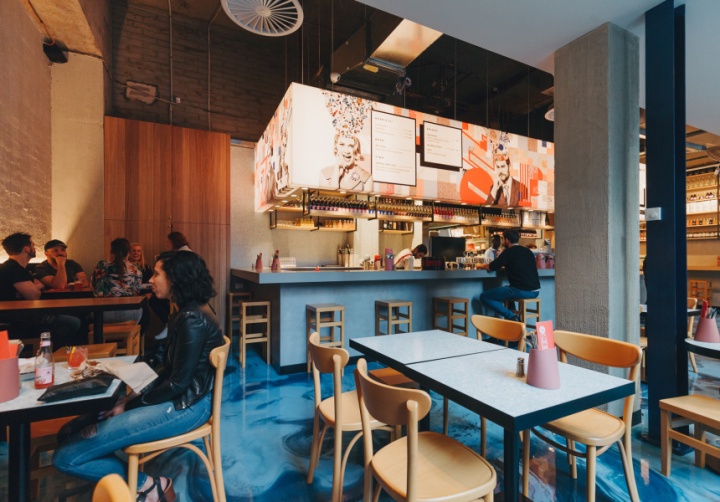