A cafe-cross-bakery borne from a man’s search for his family.

“I was adopted at six weeks old,” chef Neil McKenzie says. “15 years ago I decided to look for my birth parents.”

In the process of finding them, he discovered his birth grandmother was a baker, specialising in wedding cakes.

“It goes to show how strong those creative genes are,” McKenzie says, explaining that the discovery led him to devote his attention to baking. Neil and his wife Majella travelled to France and lived there for a year, where he studied at Le Cordon Bleu. In the years since, he has honed his craft while opening North Melbourne’s French Quarter and Essendon’s much-loved Parisian Patisserie Boulangerie (both since sold), and the now-closed St Germain.

“I’ve found people are really drawn to cakes they used to eat as a kid,” Neil says. “So far our hummingbird and carrot cakes are flying out the door.”

While there is no full cafe menu, you can pick a ham and gruyere croissant for lunch, or a Reuben brioche.

Majella manages the tea offering, for which water is boiled at precise temperatures.

There are also gluten-free hot chocolates and cold-pressed juices. 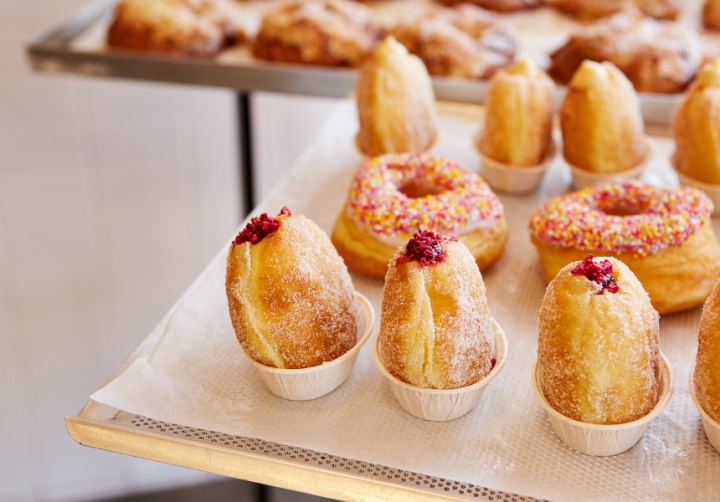