An ex-Tulum chef’s new restaurant is a tribute to his grandfather.

There are many casual Middle Eastern restaurants in Melbourne. Kebab stores, too. But chef Murat Ovaz believes high-end Turkish food isn’t represented here. With his first solo-venture, called Yagiz, he hopes to patch up the opening.

“Yagiz is my grandfather’s name. When I was 16 my parents sent me over to my grandparents’ house for the summer so I could attend religious school with my cousins. We went for three nights and ran away and got jobs at a nearby hotel,” Ovaz says.

Ovaz is originally from Zonguldak – a city in the Black Sea region of Turkey. After that first foray into the hotel business he worked his way up to five-star restaurants in Istanbul. In Melbourne he helped set up Tulum in Balaclava.

At his new restaurant, Ovaz takes traditional elements of Turkish cuisine and makes them approachable for a Melbourne market.

“The food at Yagiz is not fussy, each dish only has a few ingredients that are treated well,” says Ovaz.

The calamari stuffed with ezine cheese (white cheese) and ink sells out every night. There is also a pickled sea brim dish with pear and fennel, and sardine koftas. The lamb liver has also been a crowd favourite since opening. Lamb cutlets with broad beans and a smoky baba ganoush is one of the restaurant’s larger plates, but if that’s not big enough, with 24 hours notice you can have a whole-roasted Bultarra saltbush lamb.

The wine list from award-winning sommelier – and judge at the Melbourne International Wine Show – Christian Maier does an honourable job of shining a light on Turkish wines. Drops from Ankara to Gallipoli are listed alongside Italian, New Zealand and Australian wines – the vast majority of which are available by the glass.

Ovaz left Tulum in early January, in which time renovated old Toorak Road office space that is now Yagiz under the eye of Archier – a studio that traditionally designs in residential and commercial projects.

“We chose Archier as they’ve never designed a restaurant before. We wanted to achieve something really different and knew they could deliver that.”

Diners are welcomed into a casual bar area up front before moving into a more formal dining area where a 22-seat table is at the centre of the space. Concrete floors meet tan seating and banquettes decorated with colourful Turkish-style cushions. A private dining room is also available.

Ovaz’s grandfather is honored throughout the design; Australian-based street artist Robert Scholton has created a portrait that looks over diners, and when it’s time for the cheque, your bill arrives in a replica of Yagiz’s passport, which even has his real date and place of birth on it. 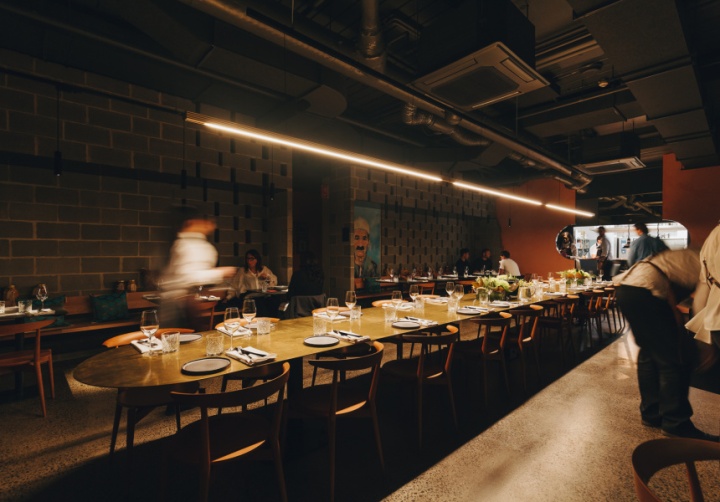 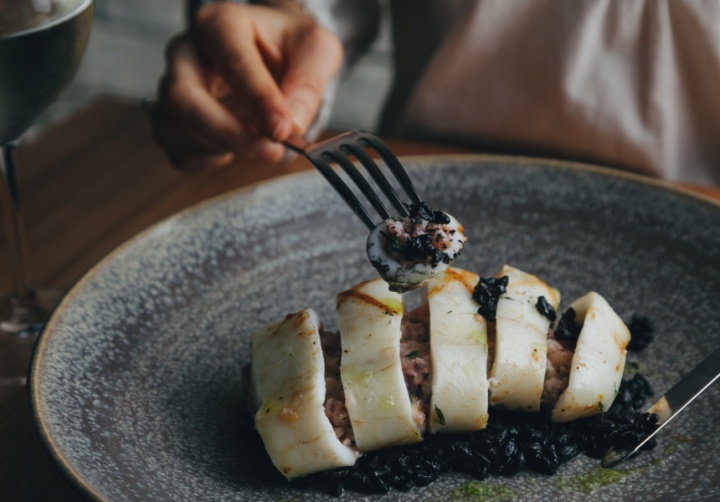 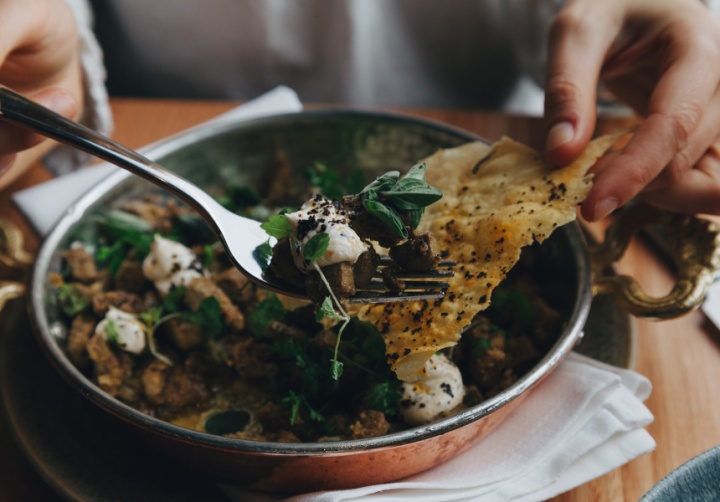 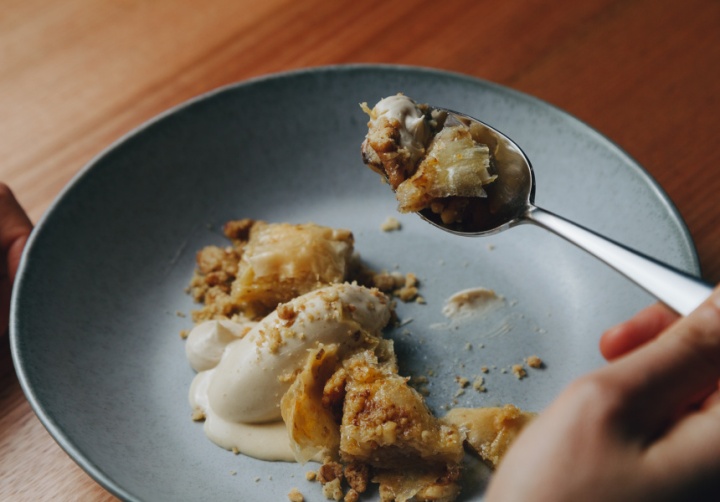