Originally published on Concrete Playground in partnership with Mr and Mrs Smith.

In the Southern Hemisphere, we’re quick to flock overseas when we hear the word ‘holiday’. However if time is scarce and hopping over the equator isn’t an option, there are a number of incredible accommodation options in Australia and New Zealand that are serving up some serious competition to the north. Not only are the below accommodation options impeccably designed, but most are encompassed by immaculate landscapes and vivacious cultures. In partnership with boutique hotel curator Mr & Mrs Smith, here are ten incredible hotels worth checking out this long weekend. 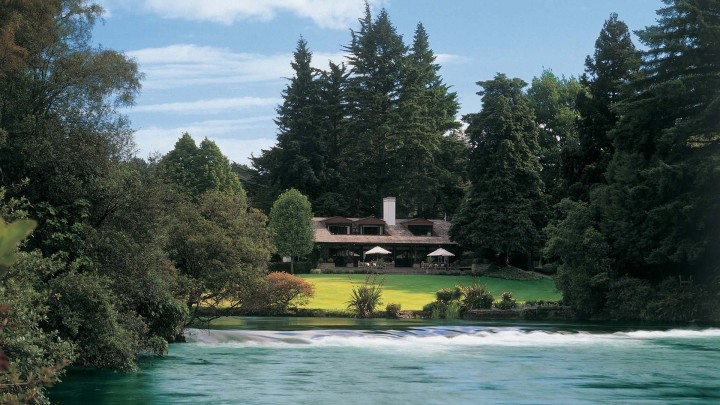 Huka Lodge is nestled in Taupo, the volcanic heartland of New Zealand. It proudly sits at the forefront of the North Island on the dreamy Waikato River. The lodge complements the natural beauty of its surroundings, with peaceful bedrooms furnished with a blue and white colour palette. Unwind in the main lodge with some New Zealand Pinot Noir beside the fire. Don’t leave without visiting the mesmerising Huka Falls, where the water runs at about 220,000 litres per second. It’s a place for both adventure and rejuvenation.

This luxury getaway has rightly deserved its multiple awards. Eagles Nest is a lodge that sits above New Zealand’s Bay of Islands, a cluster of about 140 subtropical islands at the northern tip of the country. Visitors are treated to inspiring views that combine secluded beaches with coastal bushland. The hotel itself is sleekly put together, rich with gentle timbers. Eagles Nest caters to all types of holidays; patrons can have a day at the on-site spa, or have a session with the resident personal trainer. Watching the Pacific peacefully roll from the infinity pool could be the closest thing to feeling like you’re at the end of the earth. 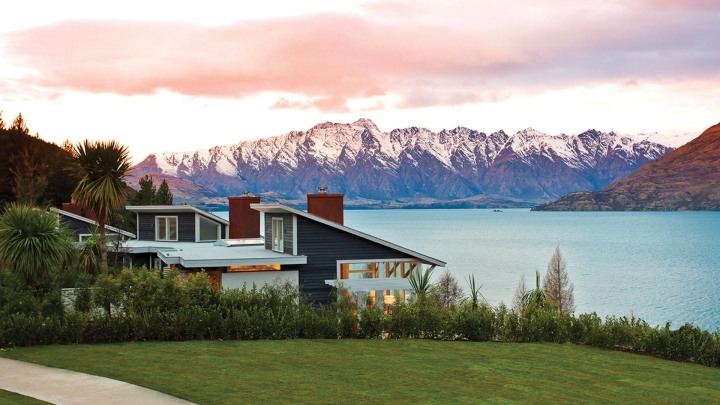 Overlooking adventure capital Queenstown is Matakauri Lodge—11 rooms blessed with vistas of Lake Wakatipu and the glory of its bordering mountains. We like to think of it as the Lake Como of the Southern Hemisphere. The lodge has a fireside lounge, spa, infinity pool and multiple dining areas. Plus, it’s only seven minutes from the main town, where you can sign up for horse riding or helicopter tours, or (if you’re game) skydiving or bungee jumping. It helps knowing you’ll return to the royal yet homely comforting setting of the lodge, where adrenaline subsides and calmness kicks in.

The award-winning Como the Treasury is the first (and only) Australian hotel in the Singaporean chain of Como Hotels and Resorts. Occupying the old State Buildings, the hotel is one of Perth’s most lavish offerings. The hotel is filled with sophisticated spaces, energised with cultural facets that pay homage to Australia’s heritage. Diners at the hotel’s restaurant Wildflower will find indigenous flavours, and visitors to the spa can treat themselves to Kakadu-plum facials.

Tucked away in one of Australia’s most culinary rich settings is Empire Retreat and Spa. Modern meets rustic in the hotel’s ten suites, which sit among manicured gardens hiding jacuzzis, a sauna and an outdoor shower for patrons to enjoy. While the hotel doesn’t have its own restaurant, there is no shortage of dining options in the region. Plus, staying here is a good excuse to venture through the undisturbed bush of the Yallingup Margaret River region. If it’s wine you crave, Empire has it covered with its own winery—Empire Estate. 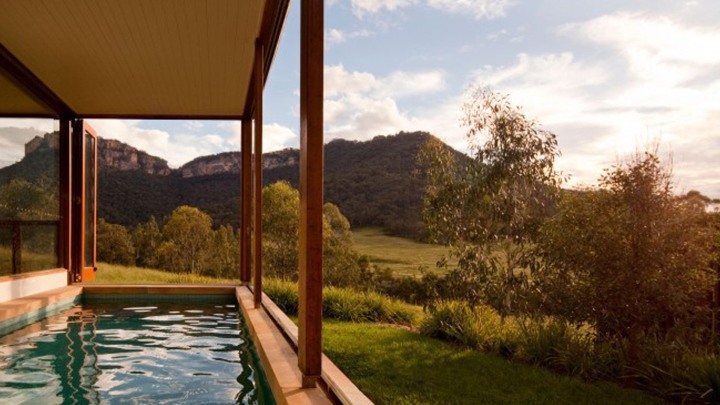 EMIRATES ONE & ONLY WOLGAN VALLEY, AUSTRALIA

This Emirates One & Only resort sits among the grandeur of the sandstone Blue Mountains. There’s something about the mist, endless green, and sheer volume of the region that gives it an out-of-this-world aura. This resort seizes its naturally setting, with large windows that give way to valley-filled vistas. Pools are aplenty, incorporated into many of the accommodation’s 40 villas. Some are three-bedroom retreats, which makes this One & Only a top spot for group holidays.

Foodies have endlessly celebrated the Royal Mail Hotel‘s award-winning dining room, where meals are created daily using produce harvested in the monstrous kitchen gardens. The restaurant may have an art deco feel, but the cottages part of the Mount Sturgeon Homestead stylishly go back in time, made of thick bluestone combat the weather extremes of the area. Inside are photos of local wildlife, while the generous backdrop of the Grampians sits just outside the window.

If it’s a vineyard retreat you’re after, consider The Louise. Situated in South Australia’s Barossa Valley, the hillside houses are fitted out with various tones of red and purple—very wine-appropriate. The Louise’s award-winning restaurant, Appellation, serves meals with a heavy reliance on locally-sourced food. About 80 percent of the menu’s ingredients are sourced within a 50-kilometre radius. The restaurant makes for the perfect setting to look over the hundred of acres of vines.

Spicers Peak Lodge is the highest non-alpine lodge in the country, perched on Queensland’s Scenic Rim. Amid 8000 acres of Scottish Highland cattle, kangaroos and wallabies bouncing around are ten suites and two lodges that present the best of modern lodge living. Guests are invited by the high-ceilinged main lodge, where you can sign up for private guided walks on the area’s many trails. Sink into a lounge chair beside the deck-fringed infinity pool, or beside the fireplace with a cocktail. 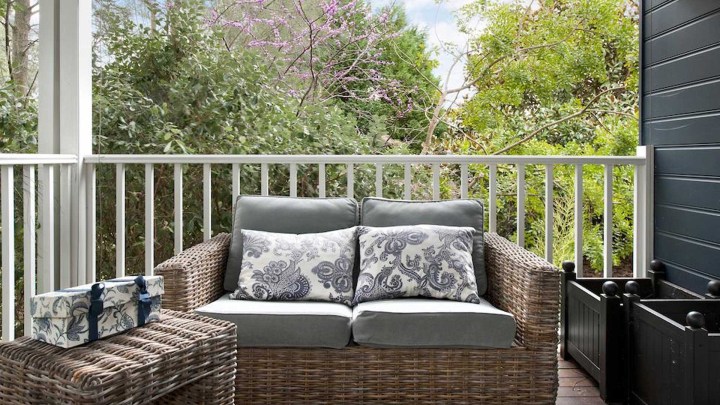 Bells is a concoction of seaside modernity and comforting Hamptons-style flair. Blue, white and coral tones fill the rooms alongside revitalising bright white walls that showcase prints of flora and fauna. Rose-filled gardens circle the rooms and the restaurant. Ensure you squeeze in a bush walk through Bouddi National Park—made up of about 3700 acres of spotless beaches, waterfalls and spurts of rainforest.

If you decide to take a trip this Easter long weekend, visit Mr & Mrs Smith to book your accommodation.